Experimental: The optical properties of the films such as refractive index, extinction coefficient, dielectric function and the absorption coefficient were examined using spectroscopic ellipsometry method in the wavelength range of 300 to 900 nm. The effect of Al doping on ZnO thin films with different Al concentrations was significant. Tauc relation was used to estimate the optical band gap energy of the films.

Results: The calculated values of band gap energy were obtained between 3.10 to 3.25 eV. Also the fraction of voids was calculated using Aspnes theory.

Conclusion: The free carrier concentration value was obtained in the order of 1019 cm-3. 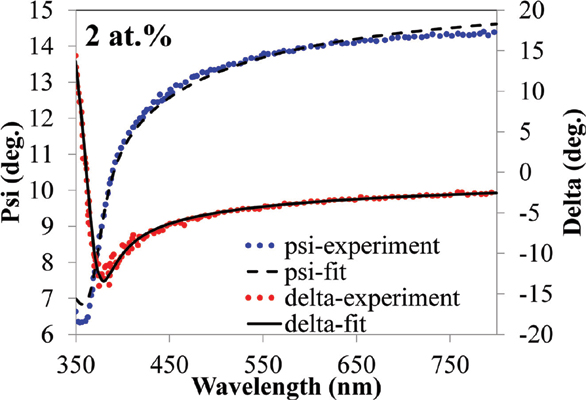